LAS VEGAS, Jan. 21 — The National Association of Home Builders (NAHB) last night honored seven individuals who have excelled in teaching NAHB education courses and who have displayed notable professionalism as NAHB educational designation holders, naming them the 2019 Educator and Designees of the Year. The awards were given during the NAHB International Builders’ Show®  (IBS) this week in Las Vegas.

“These home building industry professionals are dedicated to sharing their knowledge with others in our industry,” said NAHB Education Committee Chair Bob Peterson CAPS, CGP, CGR, GMR. “They work tirelessly to stay current with industry trends and standards and set an example for our fellow members.”

Builder Designee of the Year. Michael Turner, CAPS, GMB, Master CGP, is a 34-year veteran of the Dallas home building industry and past president of the Dallas Builders Association. Turner began his career in the building industry straight from high school and was a project manager for several custom builders before forming Classic Urban Homes in 2005. His company has been awarded numerous ARC awards as well as Best New Home in 2014 and 2015. Turner, Custom Builder of the Year award winner four times, was the team captain for an Operation Finally Home build in 2016, and his company was the 2015 recipient of the APEX Award recognizing professionalism in doing business with associate members. His experience includes design, budgeting, purchasing and day-to-day onsite supervision.

CAPS Designee of the Year. Wanda E. Gozdz, CAPS, founder and president of Golden Age Living, LLC in Deerfield Beach, Fla., is a consultant, residential interior designer, author, educator, speaker, and advocate for seniors. Inspired by her own mother’s determination to stay in her own home, Gozdz informs consumers as they age on how to adapt their homes to their changing lifestyles and educates professionals who serve the senior market on how to help clients and their families to age in place. She served on the National Association of Women Business Owners (NAWBO) National Public Policy Council, which helped pass legislation that supports women business owners and was awarded the NAWBO Public Policy Advocate of the Year award and Small Business Woman of the Year awards in 1995 and was named the CAPS Educator of the Year in 2014.

HCCP Designee of the Year. Scott Michael Dunn, HCCP, CEO of Costello Compliance in Sioux Falls, S.D., has nearly three decades of direct experience in affordable housing management, auditing and training. He has worked with numerous state tax credit agencies, many HOME participating jurisdictions, and HUD and Rural Development agencies. A recognized expert in the industry, Dunn is the author of several textbooks and regulatory manuals on various affordable housing programs. In 2019, Dunn’s partnership with Rhode Island Housing won an NCSHA award for innovation and excellence.

Remodeler Designee of the Year. Alan Archuleta, CAPS, CGA, CGB, CGP, CGR, GMB, founder of Archuleta Builders in Morristown, N.J., has been in the construction industry for over 20 years. He began his career as a project manager while attending Colorado State University. Archuleta donates much of his time toward improving his community and is a volunteer firefighter with the New Vernon Volunteer Fire Department. He is the 2019 president of the Metropolitan Builders and Contractors Association of NJ and is on the board of the Morris Habitat for Humanity, which he recently worked with them to finish building a home for a deserving family in Morris County. He is a recipient of the 2018 NAHB Remodelers Leadership Scholarship.

Sales and Marketing Designee of the Year. Kathie McDaniel, CGP, CMP, CSP, Master CSP, MIRM, is the owner of Grande Real Estate Services, supplying sales staffing, training and marketing services to builders and developers in Tampa, Fla. McDaniel has over 30 years of experience in the new home industry with 25 years as a sales and marketing expert and executive for various builders in several states. Her numerous industry awards include Master Certified Sales Professional and Professional Women in Building National Member of the Year, both in 2012, and a Florida Women of Distinction Award in 2017. As an NAHB instructor, she teaches several IRM courses, with a special emphasis on CSP and encourages her students to attend NAHB courses to earn designations and become future leaders in the industry. McDaniel is also a licensed real estate broker in four states.

Educator of the Year. Fritzi Gros-Daillon, CAPS, is the founder and CEO of Household Guardians, a home safety and accessibility consulting company in Vista, Calif. She is also the director of education and advocacy with Age Safe America. She has been a CAPS and Universal Design instructor since 2015, and has taught nearly 300 students from 19 states, Canada, Mexico and the Middle East. She serves on the board for the Foundation for Senior Well Being. Gros-Daillon speaks as an advocate for aging-in-place at national and international conferences, and her book, “Grace and Grit: Insights to Real Life Challenges of Aging,” won four national book awards and a Canadian Book Excellence Award.

The National Association of Home Builders is a Washington-based trade association representing more than 140,000 members involved in home building, remodeling, multifamily construction, property management, subcontracting, design, housing finance, building product manufacturing and other aspects of residential and light commercial construction. NAHB is affiliated with 700 state and local home builders associations around the country. NAHB’s builder members will construct about 80 percent of the new housing units projected for this year. 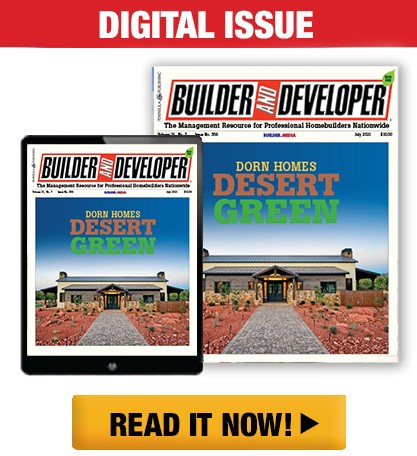 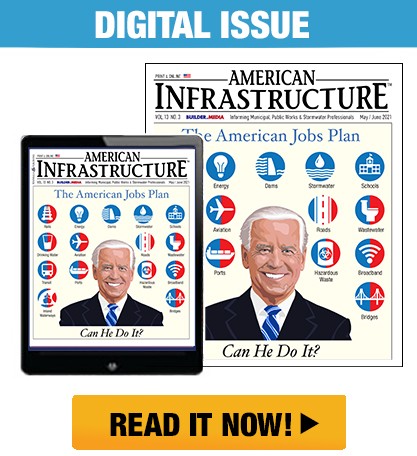