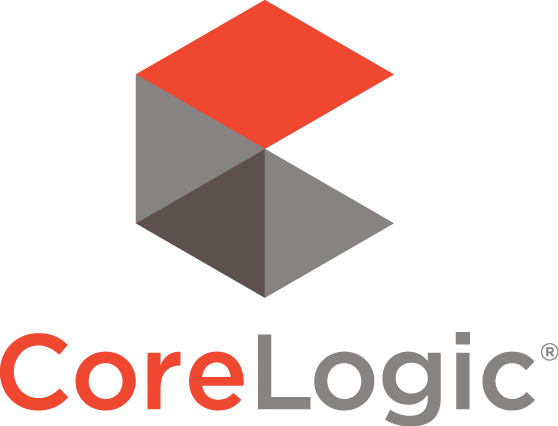 IRVINE, Calif., April 9, 2019—CoreLogic® (NYSE: CLGX), a leading global property information, analytics and data-enabled solutions provider, today released its monthly Loan Performance Insights Report. The report shows, nationally, 4 percent of mortgages were in some stage of delinquency (30 days or more past due, including those in foreclosure) in January 2019, representing a 0.9 percentage point decline in the overall delinquency rate compared with January 2018, when it was 4.9 percent. This was the lowest for the month of January in at least 20 years.

Measuring early-stage delinquency rates is important for analyzing the health of the mortgage market. To monitor mortgage performance comprehensively, CoreLogic examines all stages of delinquency, as well as transition rates, which indicate the percentage of mortgages moving from one stage of delinquency to the next.

Since early-stage delinquencies can be volatile, CoreLogic also analyzes transition rates. The share of mortgages that transitioned from current to 30 days past due was 0.8 percent in January 2019, unchanged from January 2018. By comparison, in January 2007, just before the start of the financial crisis, the current-to-30-day transition rate was 1.2 percent, while it peaked in November 2008 at 2 percent.

The nation’s overall delinquency rate has fallen on a year-over-year basis for the past 13 consecutive months. Fewer delinquencies attribute to the strength of loan vintages in the years since the residential lending market has recovered following the housing crisis. In January, 13 metropolitan areas experienced annual gains – mostly very small – in their serious delinquency rates. The largest gains were in five Southeast metros affected by natural disasters in 2018.

“As the economic expansion continues to create jobs and low mortgage rates support home buying this spring, delinquency rates are likely to trend lower during the coming year,” said Frank Martell, president and CEO of CoreLogic. “The decline in delinquency rates has occurred in nearly all parts of the nation.”

The next CoreLogic Loan Performance Insights Report will be released on May 14, 2019, featuring data for February 2019. 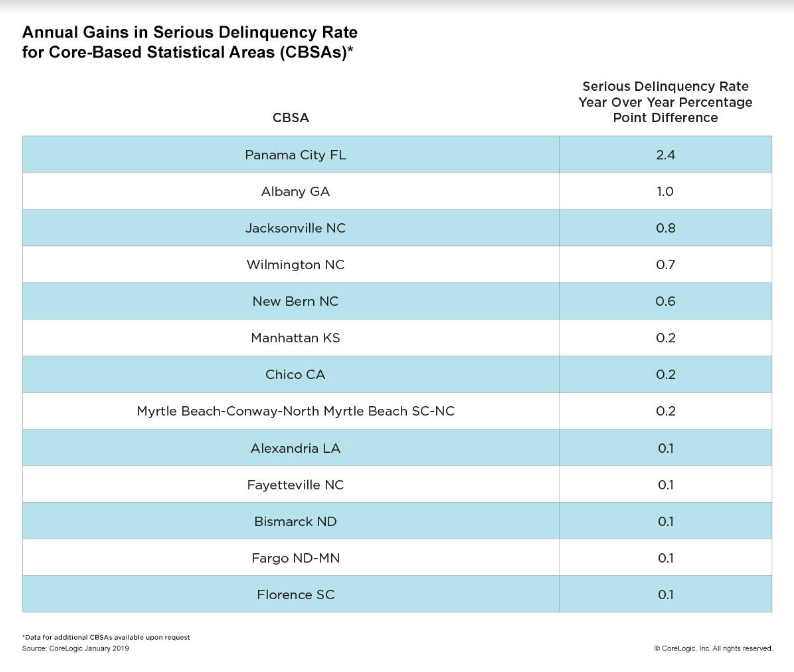 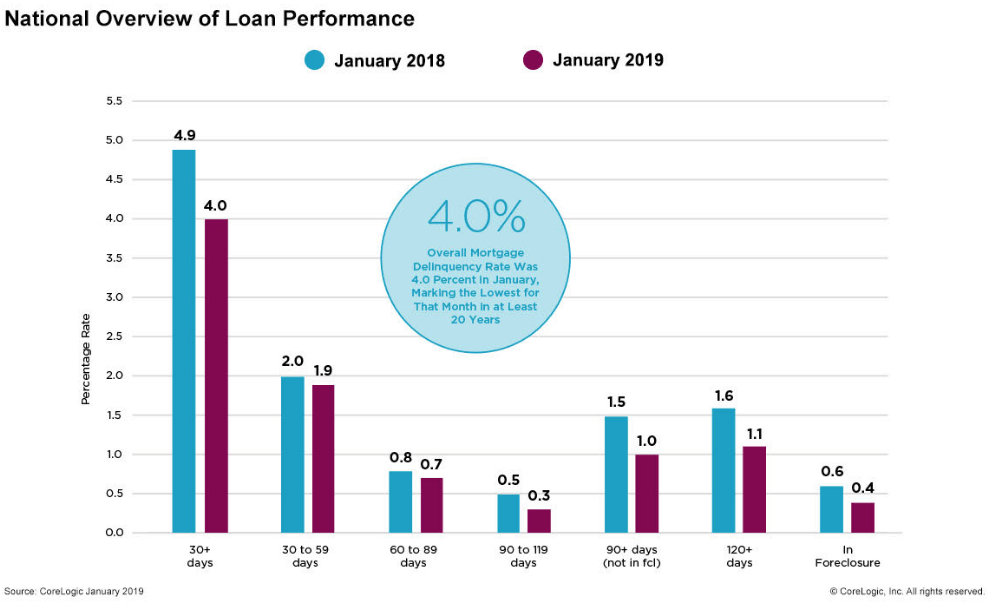 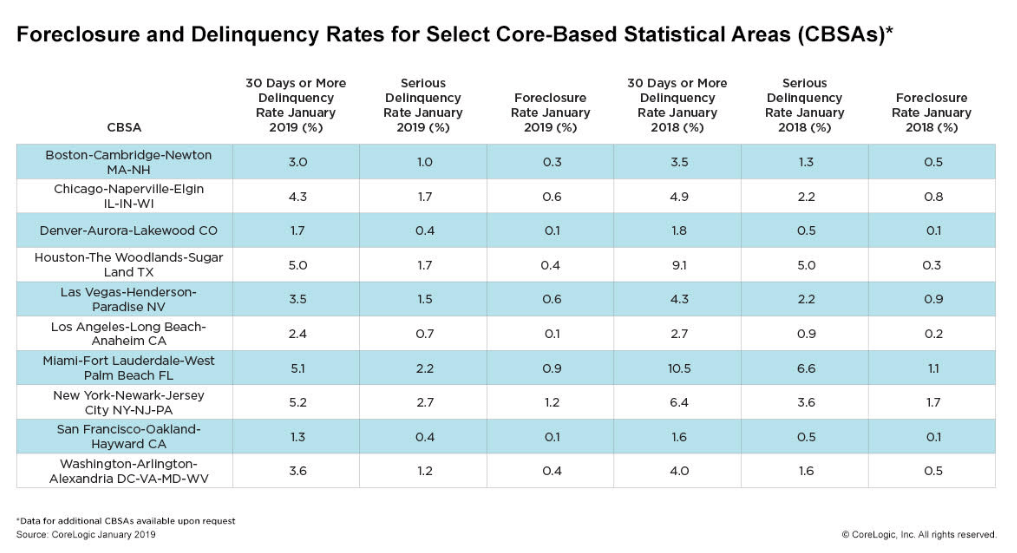 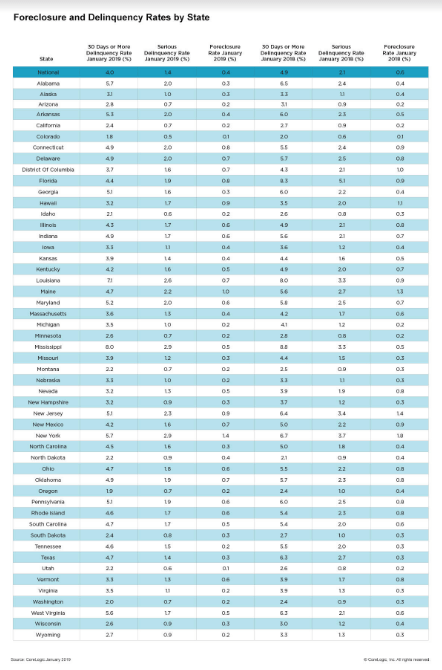 The data in this report represents foreclosure and delinquency activity reported through January 2019.

The data in this report accounts for only first liens against a property and does not include secondary liens. The delinquency, transition and foreclosure rates are measured only against homes that have an outstanding mortgage. Homes without mortgage liens are not typically subject to foreclosure and are, therefore, excluded from the analysis. Approximately one-third of homes nationally are owned outright and do not have a mortgage. CoreLogic has approximately 85 percent coverage of U.S. foreclosure data.

The data provided is for use only by the primary recipient or the primary recipient’s publication or broadcast. This data may not be re-sold, republished or licensed to any other source, including publications and sources owned by the primary recipient’s parent company without prior written permission from CoreLogic. Any CoreLogic data used for publication or broadcast, in whole or in part, must be sourced as coming from CoreLogic, a data and analytics company. For use with broadcast or web content, the citation must directly accompany first reference of the data. If the data is illustrated with maps, charts, graphs or other visual elements, the CoreLogic logo must be included on screen or website. For questions, analysis or interpretation of the data, contact Alyson Austin at newsmedia@corelogic.com or Allyse Sanchez at corelogic@ink-co.com. Data provided may not be modified without the prior written permission of CoreLogic. Do not use the data in any unlawful manner. This data is compiled from public records, contributory databases and proprietary analytics, and its accuracy is dependent upon these sources. 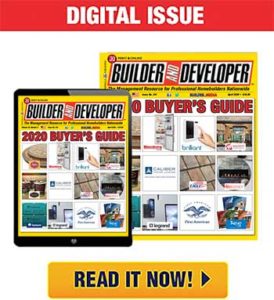 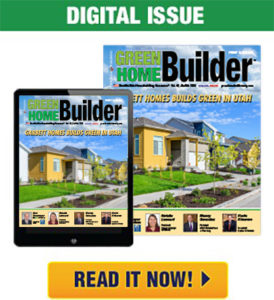 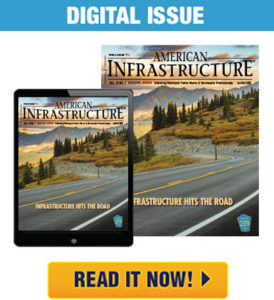